Located in the community of Carlisle within the City of Hamilton, Courtcliffe Park is a 40 hectare (98 acre) park where Conservation Halton carried out a restoration project to return the creek to a more natural condition, as it would have appeared and functioned prior to years of alteration, to improve habitat for Brook Trout and other native species of “cold water” fish in Bronte Creek and Mountsberg Creek.

CLICK HERE FOR AN INTERACTIVE MAP OF THE AREA

Prior to being acquired by the Town of Flamborough (now City of Hamilton) in 1997, Courtcliffe Park was used for agriculture and then as a campground. As a result of many alterations over the years, the natural features and functions on the property had become damaged, and there was a negative impact on native species of wildlife in the area. After the property was acquired, the Courtcliffe Park Committee was formed. The volunteer community committee worked with City of Hamilton and Conservation Halton on the project, including the restoration of grassland, forest and wetland habitat as well as a network of walking trails and wildlife features.

In 2015, Conservation Halton, Trout Unlimited Canada and the Courtcliffe Park Committee started phase one of the project by removing two concrete crossings from Bronte Creek and replacing them with a span bride, so that water and fish would be able to move through the creek, unimpeded. 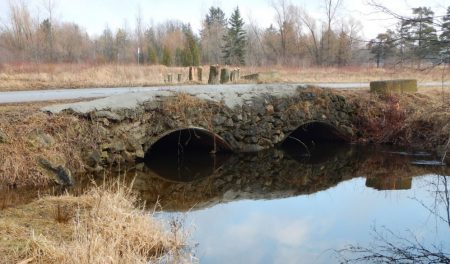 Concrete crossings impeded the flow of water and fish. 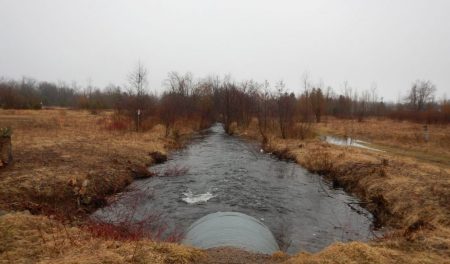 Metal culverts impeded the flow of water and fish. 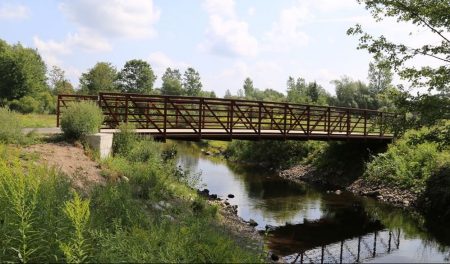 Bridges allow water and fish to move through the creek.

During this phase, Christmas tree “sediment mats” were secured to the creek bank in widened sections of Bronte Creek to capture sediment that is flowing down the creek. (This work was completed with volunteer contributions from Niagara College, Scouts Canada and the Ted Knott Chapter of Trout Unlimited Canada.

In 2017, Conservation Halton, Trout Unlimited Canada, City of Hamilton and the Courtcliffe Park Committee removed three metal culverts from Bronte Creek and replaced them with span bridges, so that water can flow, uninhibited. The culverts has been “backing up” the flow of water, contributing to flooding in the park and impeding the natural processes of the creek. With these new bridges, we will see an improvement to water quality and habitat for aquatic plants and animals. Also, Mountsberg Creek was returned to its natural form, after being straightened, intentionally, in previous years. As a result, the natural functions of the creek are restored, the amount of creek habitat is increased and wildlife like frogs, turtles and birds are returning to the park.

This project was completed in partnership with:

This project was completed with funding and support from the following:

This project was designed by: