Tucked away in the woods, the Mountsberg Raptor Centre is home to more than 15 species of birds of prey. Many of these birds have permanent injuries, often caused by human activity, which have left them incapable of surviving on their own in the wild. In addition to caring for these raptors, the Raptor Centre provides educational programs, so that people can learn more about birds of prey, how to share our environment with these birds and how to reduce our impacts on them.

The Raptor Centre depends on donations, like those made through the Adopt a Raptor program, to keep these birds healthy and happy. By “adopting” one of the featured birds, symbolically, you can help pay for their food, healthcare, training, equipment and facilities.

Thank you to all of our “parents” who supported the Foundation by adopting a raptor.

This #GivingTuesday show your support and consider donating to our local Adopt a Raptor campaign to ensure individuals can enjoy the Mountsberg Raptors Centre and all our bird of prey now and in the future.

On average it costs about $1,800 per year to care for each bird at the Raptor Centre. Costs vary from bird to bird, based on their size and the amount of food they eat, and any special treatment or training programs that they need to help them recover from injuries or illnesses. Our birds require care 365 days of the year. Your support will help keep our birds healthy and ensure they can continue to educate and inspire the community for years to come. “Adopt” a Raptor this #Giving 星期二:

Click the photos to learn more about the birds and Adopt a Raptor today!

Pip was bred in captivity and joined the Mountsberg Raptor Centre in 2014 when he was approximately 5 weeks old. As he is imprinted on humans, Pip is very comfortable in his role as a member of our education team and is frequently seen in our public and school programs as well as Raptor Encounters and offsite presentations.

Favourite snacks: Grasshoppers, dragonflies, small birds, mice and voles
Interesting facts: American Kestrels are one of the only Ontario raptor species that can hover in midair; they do this to search for prey. American Kestrels can also see ultraviolet light; this helps them spot the urine trails of small rodents while hunting. 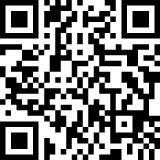 Thomas was hit by a train and suffered a break to his right wing. Despite surgical repair of the wing, he was unable to regain normal flight. Thomas joined the Mountsberg Raptor Centre in 2016 at one year of age. Thomas often takes part in both our student and public programs.

Favourite Snacks: Frogs, toads, small rodents and insects
Interesting facts: Broad-winged Hawks nest in Ontario but spend the winter as far south as South America. During migration, they can form large flocks or “kettles” that can contain thousands of birds. When migrating, Broad-winged Hawks travel an average of 110 kilometers per day and a total of 7000 kilometers one way! Kanuck was hatched in captivity and hand-raised by the Raptor Centre staff. He arrived at the centre in 2017 at 15 days of age and is very comfortable working with people.

Favourite Snacks: Other birds, including shorebirds, ducks, pigeons and songbirds
Interesting facts: The Peregrine Falcon is known as the fastest creature in the world, reaching speeds of up to or above 320 km/h in a dive. Although they traditionally nest on cliff ledges, in Ontario Peregrine Falcons commonly nest on the ledges of tall buildings. The word “peregrine” means “wanderer” and Peregrine Falcons are one of the most widespread birds in the world, being found on every continent except Antarctica. 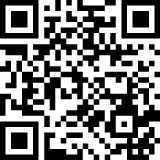 Chip was bred in captivity and spent the first few years of his life hunting with a licensed falconer. Chip joined the team at Mountsberg in 2018 and now enjoys working in our Hawk Walk program and our flight demonstrations.

Favourite snacks: rabbits, ground squirrels, quail and reptiles
Interesting facts: Unlike other raptors, Harris’s Hawks are highly social and live in groups that hunt and raise young cooperatively. They are very agile flyers but may also run along the ground to chase prey. Harris’s Hawks have a unique behaviour called “backstanding” where one bird will land and perch on the back of another hawk in the group. Shadow was born in captivity and came to live at Mountsberg in 2015 when he was just one month old! Having been raised by Mountsberg staff, Shadow is very comfortable being part of our education team and you can meet him during school programs, public presentations and Raptor Encounters.

Favourite snack: Small mammals, particularly mice, voles, and shrews, and occasionally small birds
Interesting facts: The Barn Owl’s ability to locate prey by sound alone is the best of any animal that has been tested! Their asymmetrical ears and heart-shaped facial disk lend to this tremendous ability. When Barn Owls eat, they swallow their prey whole, later casting up a ball, or “pellet”, of fur and bones. Female Barn Owls make their nests out of their own shredded pellets! 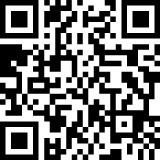 Buzz was transferred to Mountsberg in 2014 from a rehabilitation centre in the Niagara region. He was originally found in the Midland area and is thought to have hatched in 2013. It is believed that Buzz was illegally kept by someone over the first winter of his life. He does not socialize well with other vultures but is very social towards humans.

Favourite snacks: Carrion (dead animals), mostly mammals but also birds, amphibians, reptiles and fish
Interesting facts: Turkey Vultures have a well-developed sense of smell which they use to locate their food. They also have a very strong digestive system and can eat animals that have rabies, botulism, anthrax, cholera or salmonella without getting sick. Vultures are vital in keeping our environment healthy. 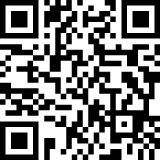 Nebula was bred in captivity at a zoo in Quebec and joined the Mountsberg Raptor Centre in 2019 when she was one year old. As a northern bird, Nebula is most comfortable spending the warmer months living inside the climate-controlled building of the Raptor Centre, however she does make appearances in our public and school programs.

Favourite snacks: Small mammals including voles, mice, chipmunks and lemmings
Interesting facts: Although it is the tallest owl species in Ontario, the Great Grey Owl is much lighter than both the Snowy and Great Horned Owls – it’s all feathers! Great Grey Owls have asymmetrical ear openings and a very large facial disk which allows them to hear the faintest sounds and grab voles under a layer of snow and ice without ever seeing them. Ayasha is a human habituated bird who was confiscated from an illegal situation. She joined the Mountsberg Raptor Centre in 2012 as an adult, but her exact age is unknown. The fact that she was already in adult plumage when she arrived indicates that she was at least 5 years old at that time.

Favourite snacks: Mammals including rabbits, prairie dogs, ground squirrels and deer, as well as birds such as cranes
Interesting facts: Golden Eagles are powerful birds capable of taking large prey and have been observed catching animals such as mountain goats, coyotes and bobcats. They are very fast and maneuverable for their size and have been recorded diving at 300 km/h – that’s almost as fast as a Peregrine Falcon! The Golden Eagle is the only North American eagle species to have legs feathered all the way down to the toes. Octavius was illegally taken from the wild at a young age and raised by humans. She is human-imprinted, meaning that she does not have the skills to hunt and survive in the wild. She hatched in 2006 and arrived at Mountsberg in 2008.

Favourite snacks: A wide range of prey including mammals such as mice, squirrels, rabbits, and skunks, as well as birds, reptiles and amphibians
Interesting facts: Great Horned Owls have large eyes for excellent vision in low light. They are crepuscular, meaning they are most active at dawn and dusk. Their large eyes are fixed in their sockets and do not move; instead owls swivel their necks almost 270 degrees to look around and scan for prey. 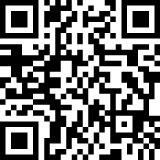 The Adopt a Raptor Program is an opportunity for park visitors, raptor presentation attendees and offsite participants to support the raptors at the Douglas Cockburn Raptor Centre by making a charitable donation through the Conservation Halton Foundation.

The Conservation Halton Foundation is a registered charitable organization. The Foundation has been raising funds for conservation projects for 40 years. The Foundation raised funds to build the Raptor Centre and the Discovery Centre, and continues to raise funds for projects at Mountsberg and throughout the watershed.

How much you donate is up to you. Every gift to the Adopt a Raptor program will help our raptors and protect their future.

No, the funds are pooled and used for projects that benefit raptors at the park and in our community.

Donations to our Adopt a Raptor program are pooled together and used for the highest priority projects.

Your donation is used to pay for:

On average it costs about $1,800 per year to care for each bird at the raptor centre. Costs vary from bird to bird, based on their size and the amount of food they eat, and any special treatment or training programs that they need to help them recover from injuries or illnesses.

Yes. Generally it costs more to care for a large bird, but costs vary a lot if a bird needs special treatment or training to help them recover from injuries or illnesses.

Yes. Tax receipts will be issued for your donation of $20 or more.

Your Halton Parks Day Pass allows you to enjoy all our seven parks. Our parks include Mountsberg, Crawford Lake, Mount Nemo, Hilton Falls, Rattlesnake Point, Kelso and Glen Eden. You can find more information at conservationhalton.ca.

We have full time Foundation staff to raise funds and help manage the Foundation.